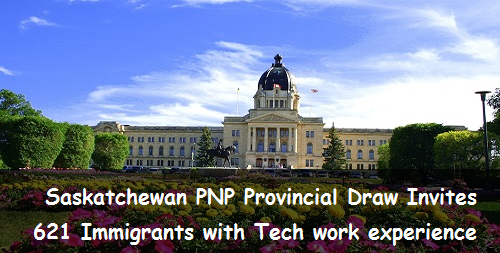 To get an invitation under this draw, candidate has to submit an EOI profile to SINP. They also required to have work experience in any one of the following three tech occupations:

Invited candidates under both sub-categories: Express entry and Occupation in-demand must have an ECA – Educational Credential Assessment, to show how foreign degrees, diplomas and certificates compare to Canadian credentials.

SINP EOI system allows the province to select immigrants who have the most chances of being successful in the local labour market. With the use of SINP point assessment grid, points are awarded to the candidate’s EOI profile and the higher ranked profiles are then issued invitations to submit their application for provincial nomination.

The minimum score for both sub-categories in the this round of invitations was 68 points. Those who received the invitation with the minimum score had to have connections in the province, or at least 10 years of work experience and a Canadian language proficiency level of eight. Everyone needed a score of at least 69.