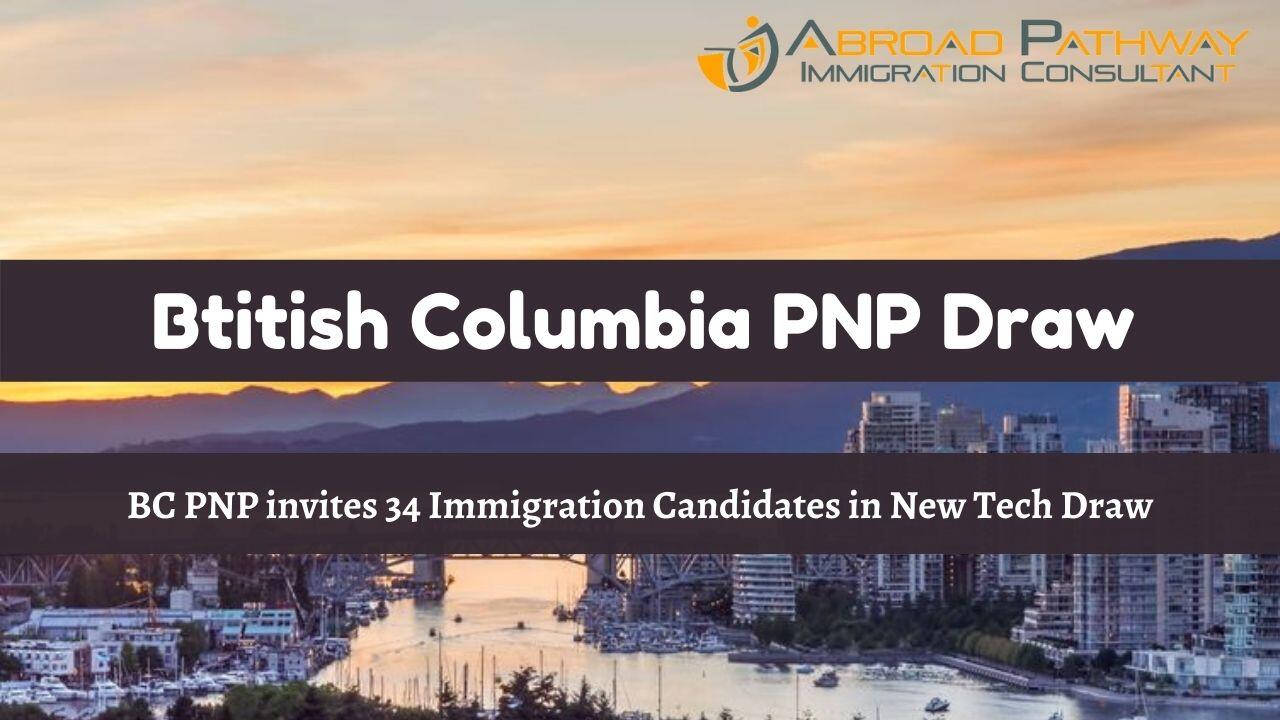 British Columbia PNP held the new round of invitations invites 34 tech workers to apply for a provincial nomination.

The invitations were issued through the bc PNP tech, that’s a movement underneath the British Columbia provincial nominee program.

Candidates who got invites in this draw were from the skilled worker and international graduate subcategories and needed a minimum provincial score of 80.

So far in 2021, British Columbia has issued over 8,100 invitations to apply for provincial nomination.

this news taken from CIC news