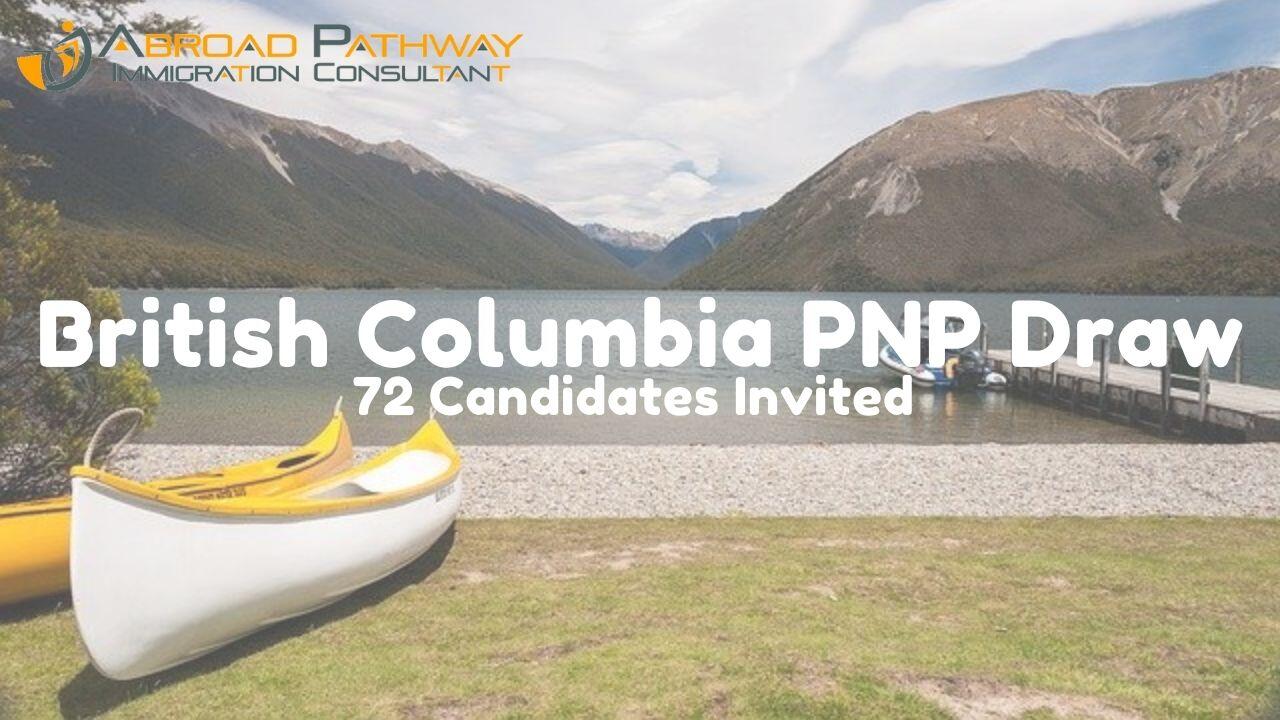 The recent draw of British Columbia was held on 15 June 2021.

The recent draw of British Columbia invited 72 immigration candidates to apply for a provincial nomination. The new draw Invitations were issued through the British Columbia Provincial Nominee Program (BC PNP) tech, which is part of the BC PNP.

Through this draw, the candidate who is invited through this draw now proceeds to apply to the British Columbia PNP for a provincial nomination for permanent residence in Canada. Candidates who received the British Columbia invitations were from the skilled worker and international graduate sub-categories are required the minimum score of 80 points.

Overview of the BC PNP Draw of 15 June:

So far in 2021, British Columbia has issued a total Number of 5,321 immigration candidates invitations to apply for a provincial nomination through it’s PNP.