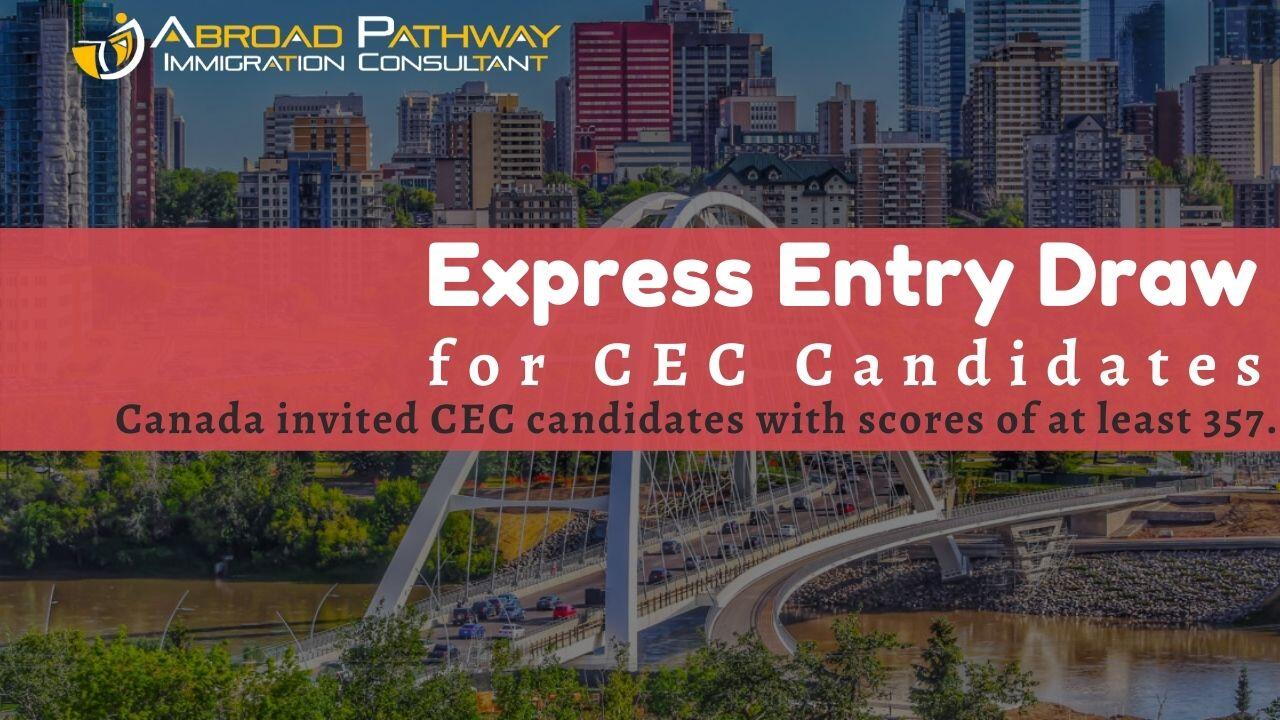 A total of 4,500 candidates received invitations to apply for Canadian permanent residency on July 22nd.

The Canadian immigration department invites candidates with a score of at least 357. Candidates are required to qualify for the Canada Experience Class (CEC) in order to be invited.

Also, if they received the lowest score they would only be included if they submitted their resume before February 14, 2021, according to the tie-stop rules.

In the CEC’s first round of invitations, 4,500 candidates were invited and 369 drawers. However, the CEC’s previous round cutoff was 357. This draw is equivalent to the second-lowest score for the CEC draw. The minimum was when Immigration, Refugees, and Citizens of Canada (IRCC) invited CEC candidates with scores of at least 75 on 13 February.