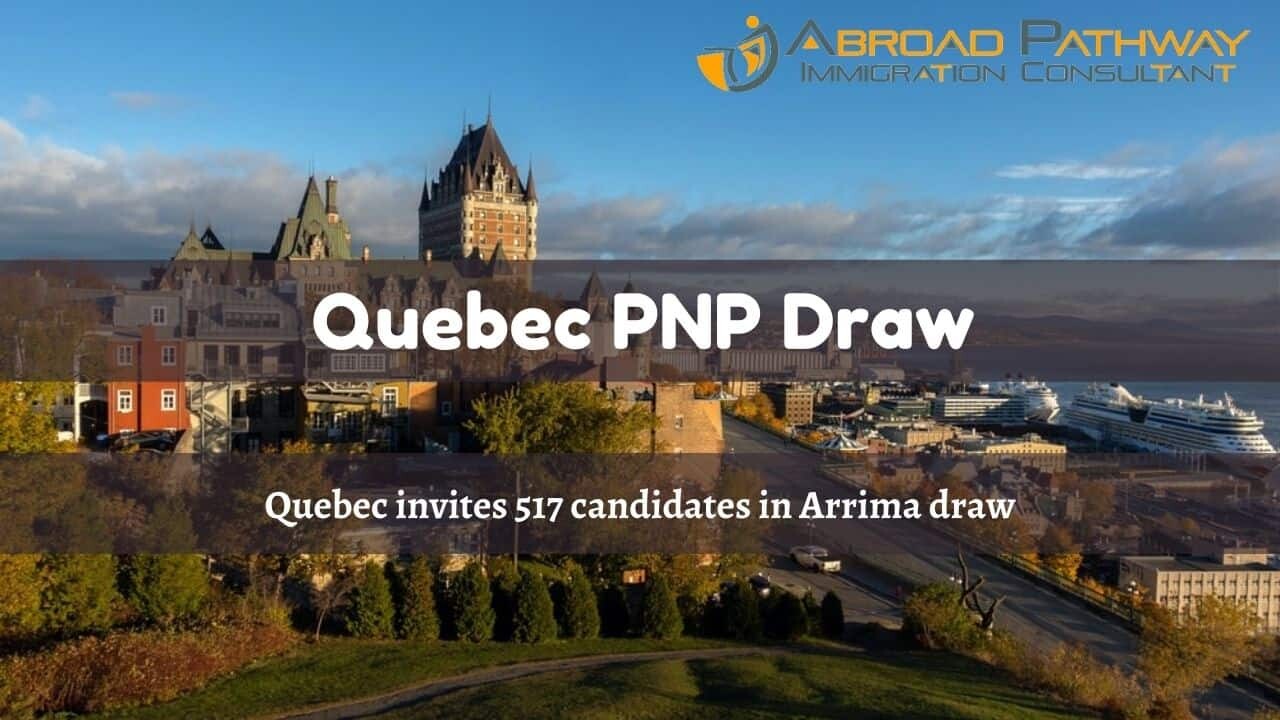 Quebec invited 517 immigrants to apply for permanent selection on September 2nd, 2021.
Quebec held the fourth draw of invitations  held over the past four weeks under Quebec’s Regular Skilled Worker Program (QSWP)
Candidates who received invitations to apply for permanent selection by the Ministry of Immigration, Francization and Integration (MIFI) during the September 2 draw must obtain a score of at least 499 in the Arrima basin.

The latest invitations sent by Arrima also targeted candidates with a legitimate job offer outside the Montreal metropolitan area and who occupy occupations currently in high demand in Quebec. The list of target occupations provided by the govt is as follows:

After several months of sending out monthly invitations, Quebec seems to be picking up the pace by issuing a record number of invitations via Arrima each week. Since August 12, Quebec has organized every week Arrima draws, in which the number of invited candidates exceeded 500, which is significantly more than all the other draws made this year.
This draw is the ninth of the year in Quebec. A total of 2,664 applicants have now been invited to apply for permanent selection by the province.